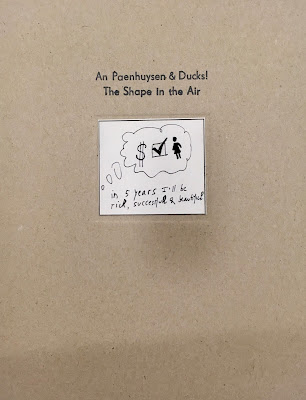 An Paenhuysen & Ducks!
The Shape in the Air

“His hands were waving in the air until there was shape. Finalizing, he drew with the tip of his finger its outline so that its form materialized and evaporated before my eyes simultaneously. Let me try to retrace for you this shape up in the air on the sidewalk of the Adalbertstraße in Berlin.”
Art criticism tends to be limited to an art object, made in the year so and so. Is it bold to write an art philosophy for the 21st century in the year 2016 in a book with less than 50 pages? Art criticism also tends not to be read out loud. Unlike novels, somehow it seems to be too little literature to do so. So would it help, I thought, if I try to write art criticism with a rhythm and if I use fiction to beautify the facts. And what if, just to be sure, I turn the story into a detective so that a natural tension comes about. When you bring changes to a form, then content might follow suit. The Australian Berlin-based band Ducks! is there to support, complement, contradict, or ignore the reading with music. 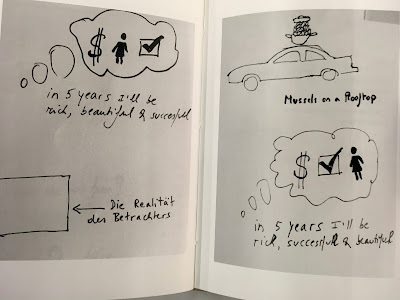